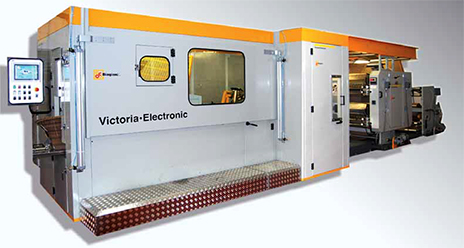 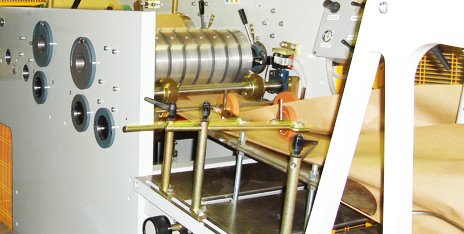 Our paper bag machines consist of three sections: the die punch assembly, the tubular body creation section and the rest of the machine body for the formation of the finished bag. At the entrance to the die assembly is a walkable platform below which the paper feed takes place. Their main function is the formation of the printed bag. The first group the bag goes through is called ‘the die punch’, a subgroup that punches an incision into the unrolling paper roll, thus allowing the tearing of the bags from each other later during the production process.
The subgroups that the paper roll passes through are the jumper and the paper pulling wheels, which together form a motorized unit that ensures the feeding of the paper roll. The movement is effected by an electronically controlled brushless motor, while the phaser controls the length of the bag bottom, and the longitudinal sealer applies the glue needed for the formation of the tubular body on the edge of the paper roll. The paper then passes on to the tubular body creation section for the longitudinal gluing of the edges. The last part of the paper bag making machine consists of the machine body, where the actual formation of the bag takes place. In the first section, the tubular body is cut by tearing along the previously made microperforations. Following this, the paper is fed to the bottom gluing/folding unit, so called because it first applies glue through the transversal gluer on the bottom of the bag, before folding it by means of a blade. Thus, the bag is now ready to be taken by the drum grippers, that help the glue bond by applying pressure on the bottom of the bags. Then the drum, thanks to its rotational movement, carries the bags to the gathering table. The bridge is an essential accessory for the production process. This structure, made of folded sheet metal, is mounted on special supports placed on top of the unwinder and the die section. Through a series of rollers, it allows the feeding of the paper roll into the machine’s various sections. It also supports the drying section that dries the printed paper roll before it reaches the paper bag making machine. The entire paper bag making machine is enclosed within a soundproof booth. 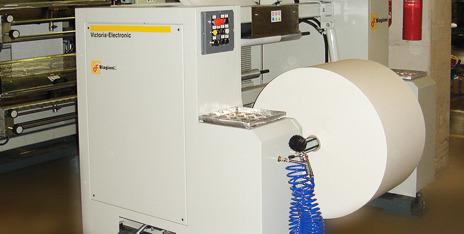 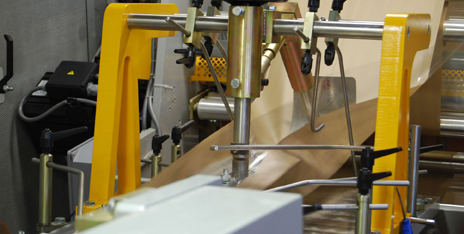 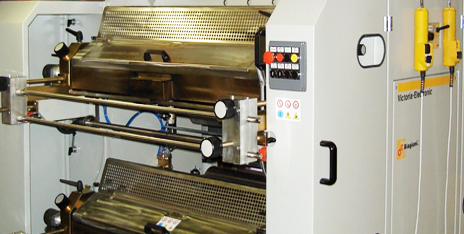 Flexo printing unit production in 4, 3 or 2 colours, up to a 130 mm format. The clichés used are made of rubber or photopolymer with a 3mm thickness, including the double-sided tape, when mounted on the cylinder. The printing units have their own electonically controlled driving mechanism, that allows a perfect centering of the print on the finished bag even during possible variations in the production speed. 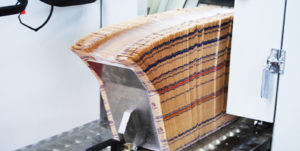 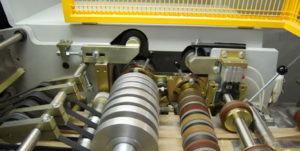 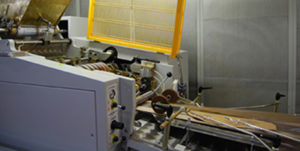